… whiff of the mead hall …the sinews of something more … 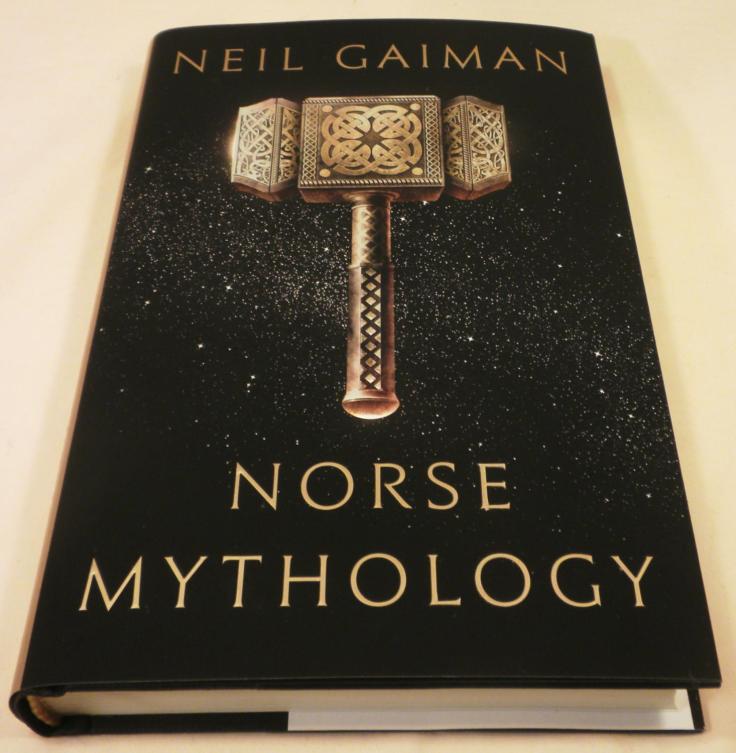 I was Sweden bound last week and so I picked up an airport paperback edition of Norse Mythology as suitable reading matter for the Uppsala burial mounds.

I have never really got into these myths, having tried them on several occasions in the past. To my embarrassment and frustration, I have often found Norse sagas lacking in emotional depth and far too beardy masculine for my liking. Nothing was ever explained to my satisfaction. So I hoped Neil‘s magic wand would wave some life into them

His playful re-telling of the stories with likeable characterisation and quick dialogue certainly makes the tales whizz by – and I laughed out loud at times which was unexpected. So I would definitely recommend this collection of fifteen stories to anyone who wants to know why these are loved so much.

Reading Neil‘s approachable version, almost in one sitting, I think I got closer to understanding why the stories are so resonant. Obviously, there is the romantic whiff of the mead hall and the long winter nights: a simple life where the main concerns are fire, food, death and sex. This does appeal. Yet the trials of strength, boasting and trickery feel like Viking “locker room” talk rather than anything more substantial.

However, on reading together, the collection grew in my mind to evoke a smoky, brutal atmosphere and I began to feel that these tales are the sinews of something more: a substantial body of imaginings which lie tantalizingly just out of each. Like true mythology, these stories don’t give definitive answers but prompt the reader/listener to more questioning and visions beyond the bones of each simple plot. So now I understand their allure to storytellers such as Neil: they appear to me to be a springboard for creativity rather than a completed work of art.

Cover design moment: The artwork of Thor’s hammer and glittering background for Norse Mythology was created by Sam Weber, an American artist, for WW Norton.

Norse Mythology was published in hardback on 7 February 2017 by Bloomsbury in the UK and WW Norton in USA. There will be an illustrated edition coming out for Christmas 2018.